People look up to leaders. People seek out leaders and leadership, especially in times of crisis. But leadership is not about power, privilege, or ego. There are traits of leadership that can make you a better leader.

Here are five must-have traits  if you hope to be an excellent leader in both your personal and professional life.

1: firm adherence to a code of especially moral or artistic values: INCORRUPTIBILITY
2: an unimpaired condition: SOUNDNESS
3: the quality or state of being complete or undivided: COMPLETENESS 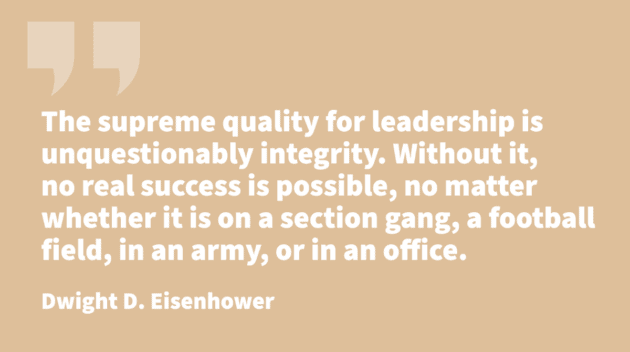 General Eisenhower had a unique ability to bring together some of the largest egos on the planet to successfully invade Europe and defeat the Axis powers in WWII. Later he was elected to the Office of the Presidency and continued to demonstrate his leadership skills.

Few people want to follow a person who is corrupt or appears to be corruptible. Trust in the integrity of a leader is essential for maintaining morale. There is a price for maintaining integrity. You could regret lost opportunities if you lose out to dishonest competitors. But integrity is an investment that pays out over time and leads to loyal followers.

the ability to think about or plan the future with imagination or wisdom. 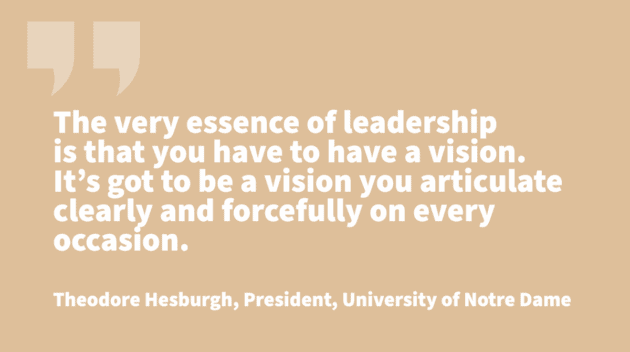 Vision builds faith in oneself. It makes you stronger. Striving for and building vision helps you overcome and learn from failure. And vision helps you stay the course as you meet these frustrations.

Many well-respected icons experience failure and rejection early in their careers, including Walt Disney, Oprah Winfrey, Steven Speilberg, and Michael Jordan. Many bestselling authors papered their walls with rejections of their books. One author wrote steadily for fifteen years before any success. Thomas Edison failed some 10,000 times before successfully inventing the light bulb.

In 1948, Swiss engineer George de Mestral, the inventor of Velcro and amateur mountaineer, went for a hike with his loyal dog. When back at his home, he took note of the burrs that had clung to his clothes. de Mestral wondered if such an idea could be useful in a commercial application. Early on de Mestral’s invention became the source of ridicule, but his perseverance and vision allowed him to perfect the hook-and-loop technology for commercial use, which he patented in 1955. The rest is history. What led de Mestral to continue despite failure and rejection? Vision.

Vision is your imagination concerning the future. It is a picture of what will be, that is, what we envision will be. Vision guides us and creates a desire to grow and improve. It embodies our hopes and ideals and gives us a sense of purpose. It is our north star.

the ability to understand and share the feelings of another. 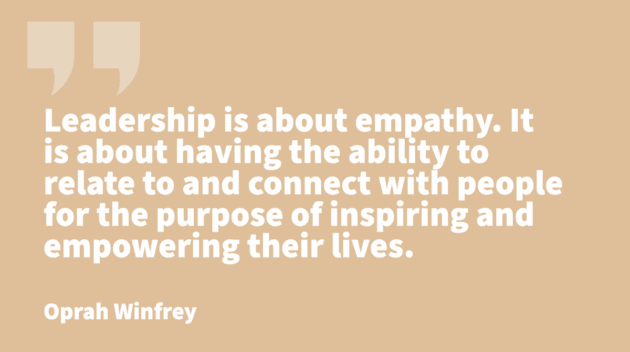 In a fascinating study from the Development Dimensions International (DDI), it was discovered that empathy is the most important leadership skill of today. The one interaction skill that outshines all other skills, si the ability to listen and respond with empathy. Empathy has been described as a universal team value that promotes high commitment and cooperation in the workplace. According to the Wall Street Journal, 20% of employers now offer empathy training, which is up substantially from 10 years prior.

Benefits for leaders who demonstrate empathy:

We are more than half way through reviewing the traits of leadership.

the ability to make decisions quickly and effectively. 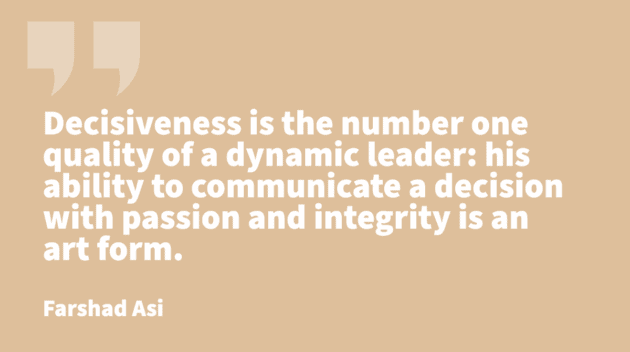 People expect leaders to lead. That means the ability to make difficult decisions. Making hard decisions during good and bad times is critical to the company’s long-term health and maintaining its vision. Many companies have gone under after a period of exceptional growth. They couldn’t make a timely decision to cut staff or reduce production during slow periods, or they failed to invest and expand at an early growth period correctly. When a company fails, everyone loses their job. Lack of decisiveness is synonymous with poor leadership. It leads to disrespect among peers and employees. Your employees don’t have to love you, but they have to respect you and your vision. A decisive leader is an important trait of leadership.

the capacity to recover quickly from difficulties; toughness. 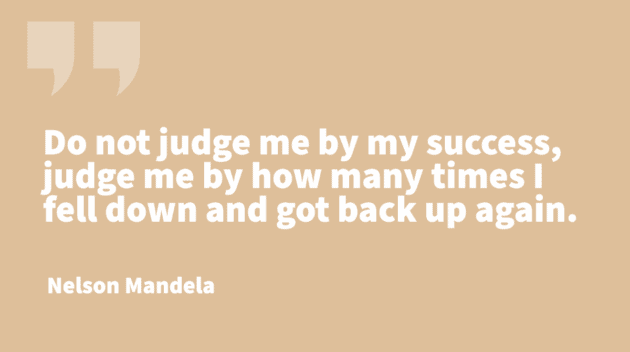 An essential quality of leadership is resilience in a world full of difficulties, roadblocks, and obstacles. It is a critical component of effective leadership.

Leaders display emotional strength, courage, and professionalism during trying times. Resilience is what you need through struggles. Friedrich Nietzsche said: “what does not kill me makes me stronger.” Difficult challenges are necessary to attain a resilient leadership posture. Hangups, let downs, bad breaks, setbacks, as Marvin Gaye wrote in his Inner City Blues, happen – be prepared and steadfast!

A well known older jazz drummer was once asked about the secret of his success. He replied: “Big ears and small ego.” Take the time to listen and respond to employees and co-workers during hard times. The payoff will come when things get better!

Knowing the traits of leadership can help you be a better leader in both your personal and professional life.

Check out our award-winning coaches at the Ignite Your Potential Centers who offer complimentary 25-minute phone sessions to help you become an exceptional leader!

We are the #1 career coaches in San Francisco and Los Angeles, let us show you how we earned that praise.

PrevPreviousSix Ways to Find More Meaning in Your Work
NextEmotional Intelligence: Why it Matters for Your CareerNext