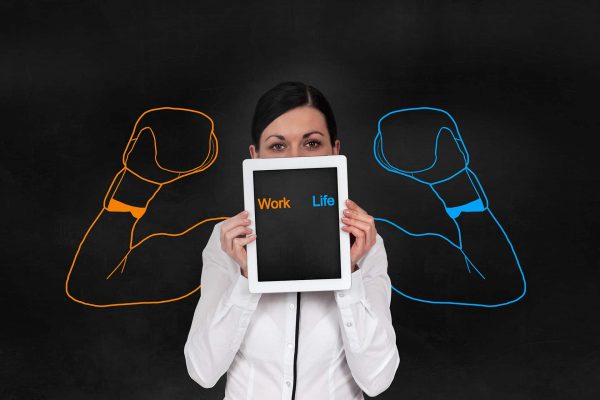 Work-life balance is more important than we usually assume. Writer, Madeleine Dore in an article published by BBC Worklife, decided to conduct an experiment. It was based on her experience interviewing highly successful artists, writers, and creative entrepreneurs. They all admitted they didn’t have a social life and that work-life balance was difficult. Dore estimated that she spent at least 22 hours per week on social activities. As a freelance writer working from home, Dore felt that an active social life was a basic human necessity. The real question was: was she taking it to an extreme? Admitting she suffered from FOMO, Dore suspected that she was using her inability to say no as a form of procrastination.

This Experiment in Work-Life Balance

To begin with, Dore decided to eliminate all in-person activities for one month. That included going out for drinks, coffee catch-ups, parties, and non-work-related events. She wondered whether she would be more productive and whether her focus and career prospects would improve.

This, whether she realized it or not, is how you reprogram your brain. She initially struggled with FOMO, but it passed in a few days. She realized that the “tyranny of choices” was the real source of her FOMO. Now she was committed to staying at home, and she felt better about that decision. During her experiment, Dore felt more content working, reading, or watching movies. These activities prevented her from dwelling on the other things she could be doing.

Dore reported being able to do more “deep work” without distractions. She spent Friday nights doing administrative work or spending Saturday mornings writing in a cafe’.

Dore noticed that her overall health and well-being improved. Has she figured out the work-life balance? She was doing more cooking, exercising, got more sleep, and read more. Dore even relished moments of rest and boredom throughout the day. In short, Dore found more time and freedom for herself. She embraced doing nothing and enjoyed moments of solitude. Her free time exceeded her expectations with a newfound appreciation for cooking and spin classes; however, she also experienced the boredom and loneliness of doing nothing.

Dore greatly underestimated how enlightened her decision was. What she discovered and why describes the essence of many Eastern Philosophies and meditations. She also cites Amy Fries, author of Daydreams at Work: Wake Up Your Creative Powers. Fries posits that mind-wandering is linked to creative problem-solving. This gave Dore permission to go ahead and regularly brainstorm and reimagine existing projects.

On the other hand, Dore (who is probably an extrovert) points out that nothing is as energizing as time spent going out with people. However, while energy levels spike initially, studies have shown that we experience greater fatigue after a three-hour delay. Social life can take its toll.

Dore wisely concludes that it’s not the amount of socializing or work we engage in that exhausts us. Instead, it is the lack of proper breaks for either. Often people don’t understand the importance of alone time. Some aren’t even aware that their brain needs a break, that their nervous system a rest, and in giving their system what they need they will perform better in the future.

Experiencing the positive effect of solitude – clarity of thought and renewed energy, Dore also reminds us that socializing at work is one of the essential elements of working life. Workplace camaraderie creates shared purpose and support. Off-hours socializing also is critical for networking and maintaining client relationships. But Dore’s solution to this challenge of balance is to attempt to merge our social life with our work. We have commented on this in past articles.

Dore also found that dual-centric people, who have more than one interest or central focus with equivalent priority, are more satisfied with their lives. Instead of simply working more hours, she built in “more concentrated pockets of work.” She found time for the gym, practicing piano, and meditation.

The Takeaway for Work Life Balance

Dore concluded that cutting one part of your life out to propel another part is impossible. Connections with people are essential for so many reasons. However, by spending time with herself, she was able to discover a balance and redefine success.

I wonder if Ms. Dore understands what massive life-changing realizations she attained in her short 30-day experiment. She had too much of everything and didn’t want to miss a single thing. Is this how some of us are living today? Kind of like a continuous episode of Friends? Is this a result of the smartphone and social media world we live in? Consider what depriving oneself of social contact for a month means, in terms of less social media and phone chatter – the new white noise of modern life. Dore’s experiment demonstrates the immense value of limiting the noise and spending time with yourself.

Struggling with your work-life balance in this highly competitive world is a shared experience. The coaches at Ignite Your Potential are here to help. Reach out and take advantage of our complimentary 25-minute phone sessions.

Ready to shift into overdrive? Try our new Career Course, designed to help find an engaging, fun, and fulfilling career.

PrevPreviousHow to Enjoy Your Life While Pursuing Your Goals
NextHave Fun at Work – It’s Possible!Next