Reflecting On Our Future: What Really Lies Ahead 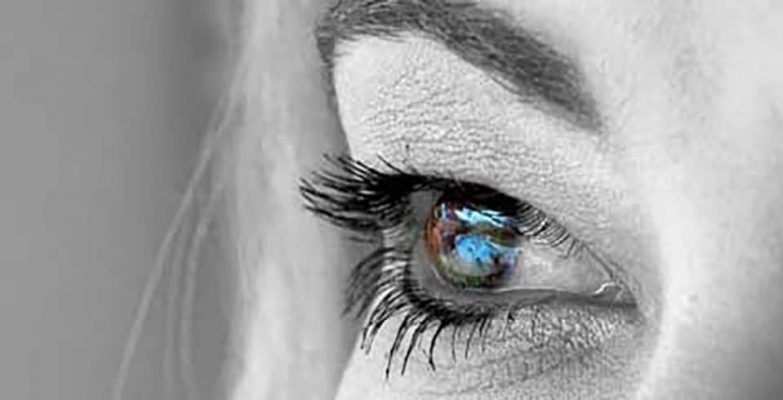 Reflecting On Our Future: What Really Lies Ahead

We are living into an extraordinary decade ahead.

Are We On the Verge of Nuclear War with North Korea?
Famine In Somalia!
Protestors Pepper Sprayed By Police!
Syria: A Year of Horror!

News headlines such as these seem to shout out to us every day. But there is something important you need to know about your brain: the way it’s wired makes it natural for us to focus on the negative.

There’s an area of your brain called the amygdala, which plays a primary role in the processing of emotions and motivations…particularly those related to survival. And because of the way the amygdala functions, if we are presented with a dozen news stories, we will preferentially look at the adverse reports. Our mind pays attention to what is likely to be the biggest threat. Combine this with readily accessible sensational news and the result is a biased perspective; we tend to think the world around us is getting worse.

Peter Diamandis suggests that the sense that the world around us is degrading is in part a distortion caused by the amygdala. And while there are many great challenges and scary things happening in our human world…he uses this TED presentation to review some of our real human progress and to highlight the abundant possibilities.

Considering Dr. Peter Diamandis’s background, education, and track record, he is someone to listen to when reflecting on the future of our world. Recognized as a key figure in the development of the personal spaceflight industry, Dismandis is the Founder and Chairman of the X PRIZE Foundation, an educational non-profit prize institute whose mission is to create radical breakthroughs for the benefit of humanity. He is the co-founder and chairman of Singularity University which educates technology world changers in areas such as: AI, Robotics, Nanotechnology, Biotechnology, Medicine, Neuroscience, Networks and Computing Systems, Energy and Environmental Systems, and has earned numerous awards and notable achievements.

So following Diamandis, let’s take a look at human progress over the last 100 years:

We have redefined what poverty is in the United States. Today people who live under the poverty line still have electricity, running water, toilets, refrigerators, and televisions. Thanks to the widespread availability of affordable Gexa Energy plans and other electricity provisions, powering a property is significantly more affordable compared to the past. 88% have mobile phones. 70% have a car and air conditioning.

A huge part of this increase in our human advantages has to do with technology and Moore’s Law, which explains that any tool that becomes an information technology, experiences price and performance doubling every 12 to 24 months. That’s why the cell phone in your pocket is literally a million times cheaper and a thousand times faster and smaller than the supercomputers of the 70s.

Let me break this down further than Diamandis does in this TED video. Gordon Moore, the co-founder and former chairman of Intel, observed in 1965, that the power of computing devices was doubling every two years. Computer chips were becoming smaller and smaller and cost was dropping as a result. He predicted that this would go on indefinitely…nearly 45 years later this theory still holds. It’s an exponential equation (doubling every two years) that applies to all technology and that is why our world is ever changing, ever improving.

10 years ago, a computer that had the same performance of the smartphone in your pocket, would have cost $20,000.

Energy crisis? Yes we are currently in one. But we are on a planet that is bathed in 5,000 times more energy than we use in a year. 16 terawatts (a unit of power equal to a million megawatts) of energy hit the surface of the planet every 88 minutes from the Sun. It’s not that energy is scarce, instead our problem is about accessibility. The cost of solar generated electricity is 50% less than that of diesel electricity. The cost of solar (based on what the technology is costing us now) dropped 50% last year. MIT just published a study that showed that by the end of this decade, solar power will cost only six cents an hour, this will cause many households and families to switch over to solar energy providers similar to Sandbar Solar & Electric as well as the many others within the industry.

Next, if we have abundant energy, we also have abundant water. Our planet is blue because we live on a water planet. 70% covered in water. Today humans fight over only a half a percent of this water…because 97% of the water is salt water. But we already have access to technology that can solve this problem…Dean Kamen has invented a solution that creates clean water from any source (polluted water, salt water, etc.) This machine, called Slingshot, is about the size of a washer machine and while it’s not currently low in cost… according to Moore’s Law… it soon will be.

Advances such as these are happening in all areas of our world: health care, education, communication, the list goes on.

The biggest force for bringing about a world of abundance is our human population. We just passed the 7 billion mark on earth and we know that the biggest protection against a population explosion is making the world healthy and educated. From the year 2000 to 2011 there was a growth in internet use of 528%. In other words, it went from 350 million users to 2 and a ¼ billion users. Consider what all these different and new minds can bring to table to help solve our world’s problems. We are becoming more connected and this is a good thing.

What encourages us to be confident about the future is that more than ever before, the individual, each and everyone of us, can take on problem solving the challenges we face within our world. The case for optimism is built on the fact that we have the tools of our exponential technology, we have the passion of the DIY inventors, we have the capital of the techno philanthropists, and we have billions of new minds coming online to work with us to solve the grand challenges. We are living into an extraordinary decade ahead.

PrevPreviousThe Secret to Defeating Fear
NextHow Are You Living?Next