Can You Raise Your IQ? – 5 Experts’ Opinions 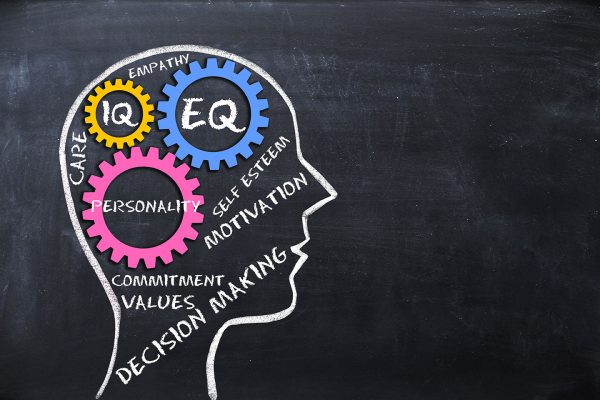 Can You Raise Your IQ? – 5 Experts’ Opinions

In conjunction with our recently published article, Rethinking Human Potential, we investigated the current thinking about IQs. We found an article published in LiveScience.com where five psychologists answer the question: can you raise your IQ?

1.) Dr. Naglieri’s Opinion on If You Can Raise Your IQ

To begin with, Professor Naglieri, a research professor at the University of Virginia, said it depended on several factors. He thought that the research where they have improved IQ scores taught people to function better. He used the example of teaching children math. It didn’t make them smarter but led them to use what they have more efficiently and better. He acknowledges the problem of measurement (which implies the usual definitional problem.) He accuses people of mistaking ability with knowledge and suggests the best way to measure intelligence is to measure those abilities that underlie the acquisition of knowledge separately from the knowledge we have.

Dr. Naglieri seems to imply that the brain remains under some upper intelligence limit, notwithstanding our ability to acquire knowledge and teach our brains to function “more efficiently.” We think Dr. Naglieri’s implicit definition of intelligence is far too narrow. Is notability, or competence, evidence of knowledge, or another kind of intelligence? Can ability be separate from knowledge altogether? The professor acknowledges that with proper training and education, people get more intelligent and more competent. If that isn’t included in your idea of intelligence, you need to broaden your definition.

2.) Dr. Nisbett’s Ideas on If You Can Raise Your IQ

Professor Richard Nisbett, professor of psychology at the University of Michigan, gives an unequivocal yes – your IQ can change over time. But he also indicated that the IQ tests would give you the same result even over a year.

He found that as we age, test scores become more stable. The most fluctuation is in childhood, especially in adolescence. Dr. Nesbit reported an average increase of three points per decade with an 18-point rise between 1947 and 2002 in the general population.

While Dr. Nisbett relies on test scores to make his case, he also concedes that the validity of IQ as a measurement of all that we consider “intelligence” is another question. I’m not sure he gave us much of an answer. At least Dr. Naglieri’s response was more nuanced.

Stephen Ceci, professor of developmental psychology at Cornell University, answered: absolutely. And he backed it up with evidence. He cited a four-year study of adolescents that found the test scores fluctuated enormously. Moreover, the changes were not random but tracked with structural and functional brain imaging.

He cited a large number of other studies showing IQ can change. In addition, many of the changes in IQ are correlated to changes in schooling.

Dr. Cesi points to studies showing that the brain changes after several kinds of regimens. For example, studies of London Taxi drivers learning to navigate London’s maze of streets show changes in the brain as they use more navigational skills. Even young adults who take a juggling course show brain changes.

He concluded that the evidence is quite compelling, that life experiences and school-related experiences change both the brain and IQ. This is true of adults and children.

Dr. Cesi suggests that the acquisition of knowledge, including ability, actually produces physical changes in the brain. This strongly implies that the brain can grow more intelligent. The brain is not just a fancy computer or group of computers storing and regurgitating data. It is a living organism that adapts physically (changes) to the environment and its stimuli. It is not static; therefore, intelligence can’t be fixed either. It is dynamic and impossibly complex.

4.) Dr. Kaufman’s Take on If You Can Raise Your IQ

Alan S. Kaufman, clinical professor of psychology at the Yale University School of Medicine, rejects the idea of a single IQ. He states, “You have an IQ at a given point in time. That IQ has built-in error. It’s not like stepping on a scale to determine how much you weigh.”

He points out that every score has a reasonable error around plus or minus 5 or 6 points. The range widens as you go to a different IQ test because various IQ tests measure slightly other things. He found that it’s a range of IQs – you can still pretty much determine whether a person will score roughly at a low level, or an average level, or a high level.

Dr. Kaufman stated that IQ is a relative concept. IQ is how well you do on an IQ test compared to other people your age. This is true whether you are four or in your 40s.

Dr. Kaufman avoided a direct answer; however, appears to confirm the inherent complexity of this simple question: can you change your IQ?

He suggested that it is possible to fine-tune your neural efficiency or mental horsepower, as was presented by Professor Naglieri. As a result, cognitive functions can be made to work more efficiently. And in a more synchronized manner.

He conceded that Individuals could change IQ scores. However, the score may change not because of any real change in general intelligence but that different tests may be used which measure different mixtures of abilities.

Dr. McGrew emphasized that it’s not as important what level of intelligence you may have, but how you use it. He concluded that non-cognitive traits could be improved more quickly than cognitive abilities.

What Does This Mean For People Seeking to Improve Their Intelligence or Raise Their IQ?

To conclude, While intelligence is challenging to define and extraordinary complex from a neuropsychological perspective, the experts seemed to agree that individuals are genuinely able to improve the way they think (efficiency) and increase their respective abilities. Whether you define it as intelligence or not, if your brain functions better, you’re thinking better. Like talent, intelligence is a term that we all think we know when we see it but may have trouble outlining a definition. The conclusion is clear. Work at improving your thinking, and you will improve.

Want more advice to help you organize and advance your career? The coaches at Ignite Your Potential are here to help. So reach out and take advantage of our complimentary 25-minute phone sessions.

Ready to shift into overdrive? Try our new Career Course, designed to help find an engaging, fun, and fulfilling career.

PrevPreviousStarting Over in a New City – A Fresh Start!
NextBe Kind to Your Mind – 8 Easy WaysNext