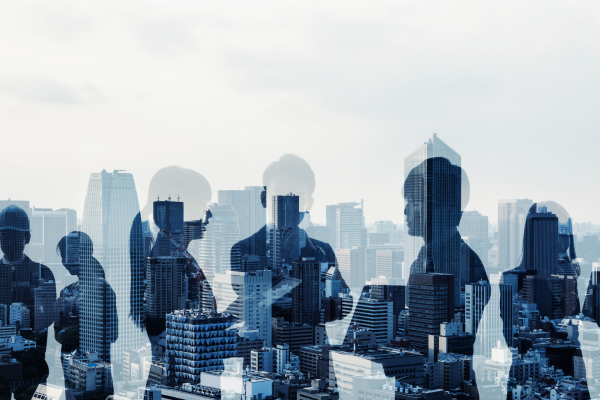 Welcome to part 1 of our Importance of Career Networking series!

Networking is just another name for building and nurturing professional relationships. This four-part Importance of Career Networking is a networking guide where we share a blend of information from Ignite, advice from Aimee Bateman, the founder, and CEO of Careercake, the UK’s #1 career platform, and Dr. Erin Eatough, an occupational health psychologist who works for Harvard Business Review and BetterUp.

We suggest approaching this with an open mind and finding two or three takeaways from this material that you can put into concrete practice this week.

1.) Believe Networking is Being Fake

This one is trickier than it seems. Thinking about connecting with people with a strategy in mind for some personalities feels inauthentic and manipulative. And, I suppose, if someone approaches networking in a solely manipulative way, it can be manipulative. Just like there will be people who network specifically to get something from other people, there will always be people who are takers. Yet you bring yourself to networking. If you approach building business relationships with openness, and kindness, bring your values along, and if your intention is to be authentic, then you will be.

In addition, if you are one of those people who initially feels off about creating strategies for developing professional relationships, I want you to consider it from a different angle. If you were building a business or a product, of course, you would consider and spend time reflecting on what might be the best strategy to build the best business or the most effective product.

What is a strategy but considering the most functional route to meet your goal? Even if you were trying to simply meet new friends you would consider which approach would give you the most successful results. With professional networking, you are considering the people you want to connect with that can produce a win-win situation. It’s a relationship where you have a shared goal and you can help each other because as you’ve gotten to know one another you’ve come to realize that you have synergy.

First of all, when we are first connecting with someone that is not usually the time you would ask someone to do something for you. Instead, in the beginning, you are simply getting to know that person, their business, industry, company, or position. The two of you are building rapport and looking for synergy. Synergy can be simply finding common ground and shared perspectives. However, synergy can also be discovering that you have complementary goals.

And later, once we know someone, have built mutual trust, and consider them to be a valued connection, then we might ask them for something. But at this point, both people understand that this is part of professional networking. We want to be there for each other. You will be as willing to help when you can, with people you trust, just as the person you ask is willing to help.

There is a coaching exercise that people find useful to get over being worried about being told “No.”

In the past, while running groups, we would break people up into dyads and they would take turns asking each other for anything they wanted.

“Would you get me a cup of coffee, please? Would you do my laundry? Can you find a job for me? Would you like to go for a  walk?”

This exercise was to help someone “feel through” the experience of being told no over and over. It’s a way to desensitize ourselves from the word. Because truth be told, you may have some feelings that come up, but it’s really okay. You’re okay regardless. You will be fine if someone refuses your request. Fortunately, when we make normal requests when networking, most people will agree, because the asks in networking are usually not high-stakes requests.

Many people really don’t know the first thing about networking. People tend to feel awkward because they don’t know how to do it effectively. This can include not knowing what to say or not knowing the best practices for networking. If you fall into this category even a little bit, then you’re in the right place. It’s worth mentioning that some people feel like networking isn’t for them. Maybe they’re shy, prefer introversion, and don’t like putting themselves out there. Please consider that with some basic skills and practice this can be a career game-changer. Even if it’s outside of your comfort zone, doing a small amount of networking on a regular basis can make a difference.

Networking Leads to the Exchange of Ideas

Coming together with others in your field is a way to exchange ideas and learn new things. It helps you grow and is inspiring. It’s motivating and inspires creative thinking.

It’s a Great Way to Get Your Next Role

24% of job seekers find listing through their professional networks and 35% find them through friends. This study found that 82% of mid-career employees turn to a professional networking platform to find a new position. In other words, a large portion of people looking for work will find their leads through relationships, and networking’s importance increases the longer we are in the workforce. In the last 15 years of your career, it is priceless and may be the primary way you land new roles.

Being in Connection with People is Healthy

Social well-being is a part of your overall social/ emotional health.

Networking Helps you Meet People at All Different Professional Levels

It can be challenging to make connections with leadership inside of your own company (unless you’re at the VP level and above or in a small start-up.) Partaking in networking at events is a chance to meet people at different professional levels and gives you an opportunity to potentially find a mentor.

Networking is putting yourself out there and speaking about what matters to you. You get to see yourself in action and this can naturally boost your confidence.

Please join us next time in part 2 of our Importance of Career Networking series! This series will surely help you get the very most out of this excellent career strategy.

PrevPreviousNegotiation Guide: Tips for Success Part 4 of 4
NextImportance of Career Networking Series Part 2 of 4Next