You Have Within You the Fuel to Thrive and Flourish 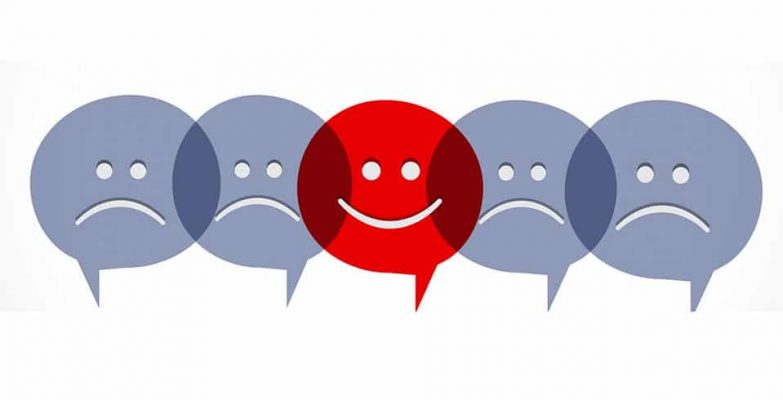 You Have Within You the Fuel to Thrive and Flourish

Dr. Barbara Fredrickson studies the science of happiness. Negative emotions, she says, are necessary for us to flourish, and positive emotions are by nature subtle and fleeting; the secret is not to deny their transience but to find ways to increase their quantity. Rather than trying to eliminate negativity, she recommends we balance negative feelings with positive ones. Apparently, if we fall below a certain ratio of positive to negative feelings, we risk getting pulled into downward spirals, behavior becomes rigid and predictable, and we begin to feel burdened and lifeless.

This is how she defined positive emotions: If we look at a whole range of positive emotions—from amusement, to awe, to interest, to gratitude, to inspiration—what they all have in common is that they are reactions to current circumstances. They aren’t a permanent state; they’re feelings that come and go. That’s true of all emotions, but positive emotions tend to be more fleeting.

They are also “desirable” states. They not only feel good, but we want to feel them. Some people might say it feels good to be angry, that anger can sometimes be useful or productive, but people don’t want to feel angry. Positive emotions have a kind of alluring glitter dust on them. You want to rearrange your day to get more of those sparkling moments.

Benefits of positive emotions: When people increase their daily diets of positive emotions, they find more meaning and purpose in life. They also find that they receive more social support—or perhaps they just notice it more, because they’re more attuned to the give-and-take between people. They report fewer aches and pains, headaches, and other physical symptoms. They show mindful awareness of the present moment and increased positive relations with others. They feel more effective at what they do. They’re better able to savor the good things in life and can see more possible solutions to problems. And they sleep better.

In general the research shows that only 20 percent of Americans are flourishing. The rest are either languishing or just getting by. Maybe they remember a time in their lives when things were coming together easily; there wasn’t a lot of self-concern, self-scrutiny, or self-loathing because they were focused outward and contributing to the world. But now they’re just doing the minimum necessary to get by. This “just getting by” mode is not depression or mental illness. It’s merely people living lives of quiet despair. According to this research, upwards of 60 percent of the adult population feel like they’re going through the motions.

Dr Fredrickson goes on to describe a ratio that was discovered where 3 positive events to 1 negative event is the tipping point to balancing out negative emotions and that ideally the healthiest thing would be to aim above that—four to one, five to one positive to negative emotions.

So what are some ways to increase positivity? One way is to be aware of the present moment, because, again, most moments are positive. We miss opportunities to experience the positive now by thinking too much about the past or worrying about the future. It’s about being open to what is.

Another simple technique is going outside in good weather. People who spend even thirty minutes outside when the weather is good show an improvement in their mood. You can also work to rearrange your life around your strengths. Ask yourself: Am I really doing what I do best? Being employed at a job that uses your skills is a great source of enduring positive emotions.

Paraphrased and quoted from an article written by Angela Winter in The Sun magazine (May 09) which features Dr. Fredrickson’s research on positive emotions. Dr. Fredrickson is the Kenan Distinguished Professor of Psychology and Principal Investigator of the Positive Emotions Lab at the University of North Carolina. Her theory of how positive emotions have functioned in human evolution was recognized with the 2000 American Psychological Association’s Templeton Prize in Positive Psychology.
Read more about her work here.